Last winter, the other writers for the Toronto J-Film Pow-Wow and I were very excited when the Criterion Collection's Eclipse line announced it would be releasing four films from filmmaker Hiroshi Shimizu. They hit the streets this past March, but I didn't pick up my set until May...and it's a good thing I waited until then to do so.

The four films that come in the box set (appropriately titled Travels with Hiroshi Shimizu) seem ideally appropriate for the relaxing summer season, what with their mostly light, lyrical tone and cross-country exploration of Japanese culture that are so evocative of vacation excursions (sometimes directly so). Two of the films - The Masseurs and a Woman (1938) and Ornamental Hairpin (1941) - are even set at resorts, following the intersecting paths of its visitors and the relationships that form between them before they are inevitably broken off (providing achingly bittersweet moments in both films).

According to the DVDs' liner notes (written by Michael Koresky), Shimizu usually preferred to work with notes and outlines instead of strictly following a script. This method and its benefits can easily be seen in his films, as they largely consist of separate episodes and multiple storylines that are definitely more driven by character than plot. The earliest film in the set is the silent Japanese Girls at the Harbor (1933), which follows a fairly melodramatic storyline centered around two best friends and the man they both love. In my opinion, it is the weakest of the four films because of this soap opera-like story, even though it provides a solid frame around which Shimizu deploys a number of creative poetic flourishes (including dissolves, several of his trademark tracking shots and striking editing techniques). 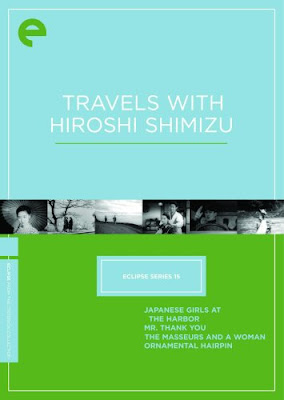 My personal favorite of the bunch is 1936's Mr. Thank You. In contrast to Japanese Girls, its story of a kind bus driver and his passengers flows along effortlessly, showing how ideally suited Shimizu's casual approach is to the road movie structure. The film is one of the earliest examples of the road movie as we know it today and, in my books, one of the most effective. As the driver (and title character, known for his shouts of gratitude to the pedestrians who move aside for his bus) takes his passengers to Tokyo, their personalities, quirks and backstories are gradually revealed in a friendly and comfortable manner while the journey brings them into contact with a variety of people who occupy different areas of the social ladder. Simply, the film invites you along for the ride as one of Mr. Thank You's patrons, and Shimizu does his part to ensure the trip is an enjoyable one.

All of the films in this set feel to some degree like refreshing escapes that you can indulge in whenever you wish. And the best part - all of them are short and sweet, the longest only clocking in at 76 minutes. So, for those curious about this newly-released set, Shimizu-san himself or the golden age of Japanese film, take my word for it: now's the best time in the year to check out some of these recovered treasures.
Posted by Marc Saint-Cyr at 7:45 AM 1 comment:

As some of you might have noticed over the past few months, I've been somewhat/extremely lax regarding the number of posts I do for this blog. While, yes, overall laxness had a part in this recent famine, I must also honestly say that certain other responsibilities that I regularly tend to contributed as well, basically leaving my poor blog to get lost in the shuffle.

So, I've decided to change to overall aims and style of Subtitle Literate. From now on, it won't be focused on rounded-out reviews only, partly because I already do plenty of those regularly for the wonderful Toronto J-Film Pow-Wow. Instead, this site will become lighter, more casual, and more...well, blog-like. My attention will still mainly be dedicated to world cinema, but my contributions here will be more along the lines of thoughts, remarks, observations and shared links/material. I'll still put in a full film review every now and then, but definitely not with every post.

So that's pretty much how the big change-of-course will go, and from this point on, I'll be sure to get a whole lot more postings out there more often.

With that said, let me move on to my first post-revision topic: the Japanese filmmaker Nagisa Oshima. 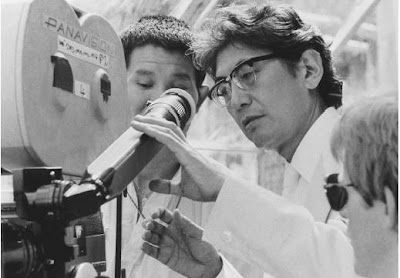 About a week ago, after having read so much about this legendary iconoclast and his work, I picked up what is possibly his most famous film: 1976's In the Realm of the Senses. Mainly known for its highly explicit (and unsimulated) sexuality, I still wasn't quite sure what to expect.

Ultimately, I was quite pleasantly surprised. The film was much richer than I originally expected, seeing as how its premise, surrounding an overpowering sexual obsession shared between a man and woman in 1930s Japan, is fairly simplistic. Also, refreshingly, it confirmed Oshima's reputation as a talented and highly intelligent artist, and made me extremely curious to see more of his films.

As a result, I'm kicking myself for not having taken advantage of the great Oshima retrospective the Cinematheque Ontario held last fall, especially considering how few of his films are available in North America. Still, there's the newly released Criterion DVD of Empire of Passion (considered to be a companion piece for In the Realm) for me to seek out, and I can still continue to learn more about Oshima and hope that, before too long, more of his films will find exposure to Western audiences.

Attached below are the trailers for 1969's Boy and his final film (which he made after suffering a stroke), 1999's Gohatto (and yes, that is Takeshi Kitano in the latter trailer; he got his first dramatic part in Oshima's Merry Christmas Mr. Lawrence starring David Bowie).

This post is part of the Japanese Cinema Blog-a-thon hosted by Wildgrounds.

Ladies and gents, there is a new film festival in Toronto.

My good friend Chris MaGee, founder of the Toronto J-Film Pow-Wow (to which I contribute on a regular basis), has just announced the Shinsedai Cinema Festival, which will run from August 21st-23rd. Co-programmed with Jasper Sharp of Midnight Eye, the festival will feature a slew of new films from Japan (many of which making their Canadian premieres here) screened at the Japanese Canadian Culture Centre in their brand new Kobayashi Hall, which can seat 450. 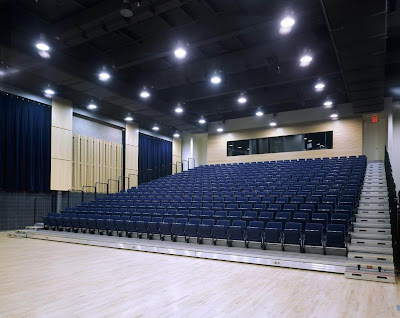 Those curious about the lineup can check it out here. It looks like quite a diverse bunch of fascinating new films to check out, and the fest is a great way to catch a first peek at the upcoming wave of talent fresh from Japan's shores (shinsedai translates as "new generation").

Be sure to give this fest a look come August!
Posted by Marc Saint-Cyr at 9:20 AM No comments: