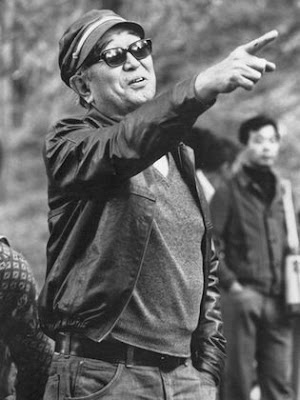 Today, March 23rd, 2010, marks the centennial of great Japanese filmmaker Akira Kurosawa's birth. In his diverse career, which has produced classics in the samurai and noir genres as well as literary adaptations, character studies situated in postwar Tokyo and more artistically driven exercises, he has continually inspired and fascinated countless viewers - and will no doubt continue to do so for a long time to come.

Leading up to this occasion (and partially explaining my lack of activity on this site - my apologies), I've been occupied with quite a few pieces that honor Kurosawa and a few of my favorite films of his.

First, I took a look at the new book by film scholar Peter Cowie, Akira Kurosawa: Master of Cinema. Published by Rizzoli, it provides the perfect overview of Kurosawa's work. Read my review for the Toronto J-Film Pow-Wow here.

Also over at the Pow-Wow, you can check out my interview with Cowie himself, in which I ask him a few questions about the book and Kurosawa, plus my Pow-Wow review of what many consider to be Kurosawa's greatest film: Seven Samurai.

I've also been busy over at Row Three, where the staff have all been enthusiastically chiming in on Kurosawa's films. Check out my review of his 1970 underrated gem Dodes'ka-den here, then click here to see all of the Row Three crowd's Kurosawa reviews.

After you do all that, I certainly hope you celebrate Kurosawa-san's birthday - perhaps with a drink and one of his films, which sounds pretty good to me. 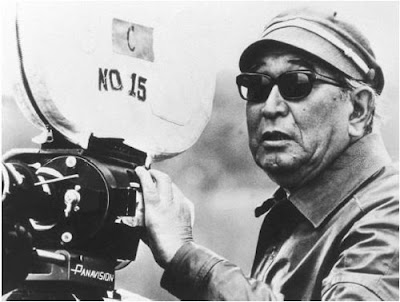 Posted by Marc Saint-Cyr at 6:43 AM No comments: