Hello, all. This post comes in the midst of yet another period in which I've been pondering the life and work of the great Russian filmmaker Andrei Tarkovsky. A while ago, I found a short film devoted to him on Youtube that I really should have shared earlier. In any case, here it is now. Shot on and one day after December 29th, 2008 (the 22-year anniversary of Tarkovsky's death) in the Russian Orthodox Cemetery in Sainte-Geneiève-des-Bois, France (near Paris) where he is buried, Mark Beneria's Elegeia offers up a fittingly poetic tribute to the artist using patient camera movements and a solemn flute score (by Okuda Asuya) that evoke his legendary, powerful films. In a mournful tone, Beneria reflects on the greatness of Tarkovsky's work and the sad circumstances surrounding his troubled life in exile. If devoted admirers of Tarkovsky's work weren't compelled to actually visit his grave in France, they will be after seeing this film. I know I want to.

Posted by Marc Saint-Cyr at 5:32 PM No comments: 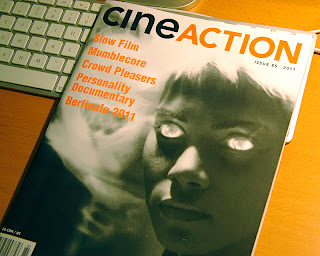 Hello all. Today, I come to you with a piece of news that's at least a few weeks old, but has not been mentioned here yet. It concerns the most recent issue of the Toronto-based film journal CineAction, which is published three times a year and features different essays on particular subjects and themes that are chosen for each issue. This latest one, Issue #85, had "Slow Film" as one of its topics, which prompted me to plan out and submit an essay on one of my favorite filmmakers, Tsai Ming-Liang. The finished result, entitled Slow Fuse: The Cinematic Strategies of Tsai Ming-Liang, can now be read in this latest issue and specifically focuses on the story structures of The Hole (1998), What Time Is It There (2001) and I Don't Want To Sleep Alone (2006).

The journal should be out on newsstands for the remainder of 2011 - here is its table of contents. If you're interested or a fan of the filmmaker, please check it out if you can!

Also remember that I will be appearing on the VCinema Podcast to talk about Tsai's 2003 film Goodbye, Dragon Inn sometime in the coming months. 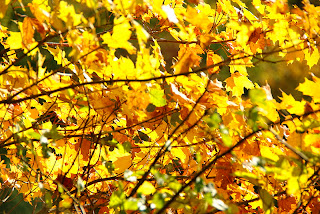 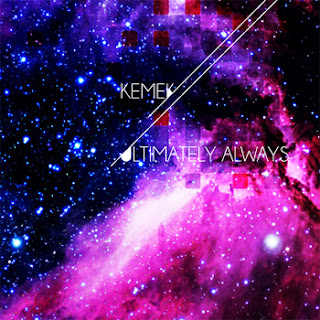 Hello all. Today marks the release of a new record from a music artist who I've been really digging recently - Kemek, also known as Adam Douglas. Besides teaching in South Korea and occasionally writing for the VCinema Blog, he makes music that ranges from ambient to electronic to dubstep and beyond. I've been listening to his thoroughly relaxing album Itsuka quite a bit these days, and was glad to learn of this latest release from him. If you're at all into soothing and/or experimental music, check him out!

* Sample and purchase Ultimately Always (pay what you want) at the Architects + Heroes website.

* Visit Kemek's blog to check out more info on his other music releases.
Posted by Marc Saint-Cyr at 11:20 AM No comments: