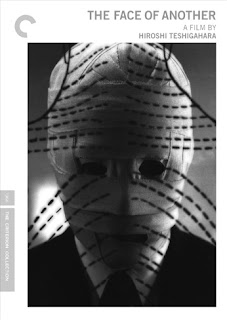 I'm going to jump back into reviews for this site with a look at a particularly unique science fiction film from Japan: Hiroshi Teshigahara's The Face of Another. It is one of many innovated films that emerged from the Japanese New Wave movement, which lasted from the late 1950s to the early 1970s and consisted of such well-known directors as Nagisa Oshima, Seijun Suzuki, Shohei Imamura and Teshigahara. Anyone who's familiar with even a few of the works produced by these filmmakers will know that they represented a fresh, young, rebellious spirit that arose in the Japanese film industry. Stylistic innovation and the examination of topics like controversial social issues and the lower class were very much at the top of their priorities, and a look at Teshigahara's film (the first of his I've seen) reveals those same characteristics.

The Face of Another marks one of four instances in which Teshigahara collaborated with author Kobo Abe, who wrote screen adaptations of his own works - the other three films being Pitfall (1962), Woman in the Dunes (1964) and The Ruined Map (1968). Frequently compared to Franz Kafka, he specialized in writing strange, existentialist stories about alienated individuals. The Face of Another thus seems like an archetypal Abe narrative: a man (the incredible Tatsuya Nakadai, who continues to impress me with every fresh performance I see) is disfigured beyond recognition in an industrial accident at his workplace. His face clad in bandages, he essentially gives up his former, "whole" self as dead and cynically resigns himself to living the rest of his life as a different person - a monster. His doctor (Mikijiro Hira) offers him an unconventional solution: a realistic mask that will give him a brand new face. But soon after acquiring and wearing the mask, the man starts to become psychologically affected by the prospect of a completely new identity and tests the possibilities that come with it.

The Face of Another is an extremely fascinating film for many reasons. The dynamic between its characters is compelling to watch as each of the supporting players react to the man's shifting attitude towards his disfigurement in different ways. The film proceeds not as a conventional protagonist-vs.-antagonist storyline, but more as a series of philosophical conversations in which matters like identity, the importance of appearance and how society operates based on such superficial concepts. Nakadai gets the majority of the most interesting dialogue, often spoken in the many wonderful scenes shared with Hira's doctor, who has his own motives for helping his patient. He often discusses the appeal of hiding one's identity from the outside world, and essentially uses Nakadai as a guinea pig to test his own ideas. This creates a most unusual relationship that absolutely hooks the viewer and makes up a crucial component of the film.

If The Face of Another only focused on the man and his doctor, it would be great. But themes are also explored through two women: Nakadai's wife (Machiko Kyo), whose relationship with her husband changes significantly following the accident, and an unnamed girl (Miki Irie) whose own face is partially scarred from the infamous Nagasaki bombing. The latter, who never meets Nakadai, offers up an interesting counterpoint to the ideas of outward appearances and how people manage theirs in different ways.

Shot in gorgeous black-and-white, The Face of Another uses a slew of creative cinematic techniques including freeze-framing, back projection, dramatic lighting, unusual framing and more. The film's set design is also to be applauded - particularly the doctor's eerie workshop, in which his furniture and work area is placed on a blank white soundstage decorated with molds and models of different body parts. I especially liked the strange art piece shown in one scene that mainly consists of carved ears: 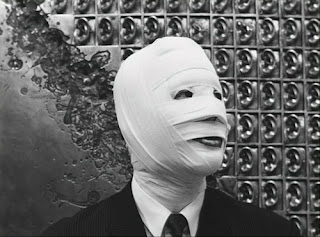 Weird but cool stuff - and not unlike the work of H.R. Giger. Also weird but cool is the unsettling score provided by Toru Takemitsu, one of the great Japanese score composers and another frequent Teshigahara collaborator. Between the echoing, metallic noises that underline the film's concentration on existential horror and the very different, sweeping waltz that is played over the opening credits and allotted several variations, Takemitsu offers the perfect sonic counterpart to the film's powerful imagery and storyline.

A very clever and sophisticated piece of work, The Face of Another now has me dying to check out more of Teshigahara's films. Along with his other Abe adaptations, I'd most like to see his 1984 non-fiction film Antonio Gaudí, which is most appealing for the convergence of three major artistic forces: Teshigahara, Takemitsu and, of course, the enigmatic Catalan architect Gaudí.

I leave you with Takemitsu's splendid waltz from the film:

Posted by Marc Saint-Cyr at 4:24 PM No comments:

Hello all. Happy New Year! I am once more back in the GTA, refreshed and ready to get a start on 2011. This year will hopefully bring about a few more posts and reviews here as well as other projects and pursuits elsewhere. 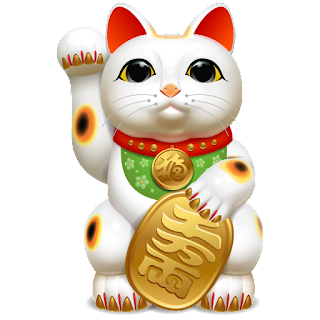 Speaking of, there are a few interesting things going on over at the website for the VCinema Podcast and Blog, which specializes in news, reviews and podcast episodes on Asian cinema. Recently, they posted a series of three articles in which a variety of writers, scholars and all-around Asian cinema fans spoke up about their favorite Asian film experiences in 2010, revealing a broad variety of tastes and experiences. I was one of those contributors, as was my editor and compadre John Berra, who was a guest on Episode 13 of the podcast and regularly writes reviews for VCinema. You can check out our entries here; the other two articles in the series can be found here and here.

The VCinema podcast will soon be celebrating its first anniversary on January 31st, 2011. In order to celebrate the special event, they are currently holding a special contest that I'm sure will be worth taking part in - if your knowledge of Asian cinema is up to snuff. Here is editor and producer Coffin Jon's blurb on the contest:

Episode 22 of our podcast, scheduled for release on January 31st, 2011, will mark the VCinema podcast’s first anniversary. Can you believe it?! We can’t either. Anyway, in this episode, we will have our first discussion of an entire film trilogy (we normally only discuss one film per episode) and this is where the contest comes in. Email us at vcinema@variedcelluloid.net with the name of the director whose trilogy we will discuss and you will earn a chance to win a prize, the winner of which we will determined by random draw during episode 22.


Now, that’s leaving you all sort of high and dry because there must be a million Asian directors who have directed a million film trilogies, so how would you know which we chose unless you could read our minds (and you can’t, CAN YOU?!) Well, here’s a hint:


This director, who shares the last name with another famous Japanese director, got his start in Japanese pinku and direct-to-video yakuza films before later becoming popular during the “J-Horror” film boom in the late ’90s to mid 2000′s.


OK, got it?! Only one entry per person and all entries must be in by Sunday, January 16th at midnight PST to be considered for the prize, so get your entry in as soon as possible.


*VCinema will not use your email address for marketing or spam. We will only contact you if you are the winner or you have a question about the contest.

There ya have it. Be sure to bookmark the VCinema website and check it regularly for your fill of everything Asian cinema.

Finally, it's worth mentioning that Jon was recently interviewed by the San Francisco-based website SF360 regarding the history of the VCinema podcast and what he and his co-hosts (Josh Samford of Varied Celluloid and Rufus de Rham of CineAWESOME!) hope to accomplish with their discussions of Asian films and filmmakers. Check it out here!
Posted by Marc Saint-Cyr at 9:44 AM No comments: