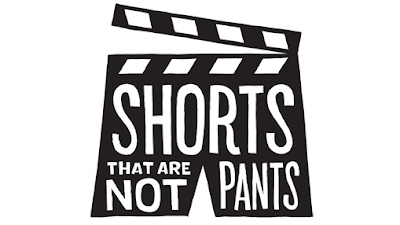 Hello all. As some might have noticed, things have been relatively quiet over here - this is mainly due to a few things I've been tackling recently on my end, not least of all an upcoming move. While I have been working on a few assignments for certain publications, they're all currently still in the pipeline, but will hopefully emerge before too long. But I did manage to make it out to a couple of Toronto events in the past month, both of which I reported on over at Row Three. For your convenience, they are gathered below:

· The latest edition of James McNally's Shorts That Are Not Pants screening series was a fantastic success on all fronts - audience turnout, quality of films, overall enjoyment of the evening. If this bunch of hugely enjoyable shorts is any indication of things to come (in addition to STANP's already firmly-established and steadily growing reputation), Toronto audiences are going to want to stay tuned for the series' next edition, due for January 2013.

· Charles de Lauzirika's debut film, Crave, made its Toronto premiere at the 2012 Toronto After Dark Film Festival. While I had some issues with certain aspects of its story (mainly its main character, a not-quite-all-there crime scene photographer with an overactive imagination), I still found plenty to enjoy about this very well-made crime/relationship drama.

That's all for now, folks - cheers, and happy Halloween!

Posted by Marc Saint-Cyr at 1:59 PM No comments: