Hello all. I wanted to use this latest break between writing projects and personal commitments to promote some fascinating and important projects I have been enjoying recently that look at certain aspects of pop culture through feminist and female-centric angles. While many of them discuss serious problems in the representation and treatment of women in films, television shows, and video games that sadly persist in wide (sometimes suffocating) abundance even now, in 2013, the very existence of these conversations and analyses provide welcome measures of hope - hope that more challenges and alternatives to damaging mainstream works will keep surfacing and shaking things up. At the very least, these pieces do a fantastic job of "taking the temperature" of the contemporary pop culture landscape in terms of feminist values, thus prompting readers to think a little more carefully when sitting down to the latest Marvel blockbuster, video game, or indie hit.

· Matt Brown of the excellent movie and pop culture podcast Mamo! (co-hosted with Matt Price) has been doing some fine work as a columnist for the film site Twitch. For two pieces in a row in his column, Destroy All Monsters, he has spoken up about the male-centric slant of two significant zones of contemporary nerd-dom: the first one discusses the troubling reasoning explaining why it is unlikely we will be seeing a Wonder Woman movie in the near future even though superhero movies of (nearly) all stripes have perhaps never been hotter while the second one explains the factors that prevent the patriarchal realm of Doctor Who from accommodating a female Doctor. Both are well worth a gander. 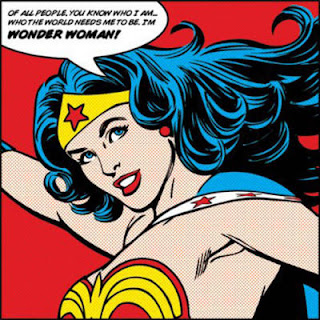 · Despite a vile outpouring of hateful and sexist comments from its earliest beginnings as a Kickstarter campaign, pop culture critic Anita Sarkeesian's Tropes vs. Women in Video Games video series has been going strong since its launch earlier this year with its feminist analysis of popular video game conventions. Having just recently posted its third episode, which continues the previous two's multi-faceted exploration of the "damsel in distress" character, Sarkeesian provides an impressively thorough, intelligent, and entertaining breakdown of the various ways in which feminist values are hindered and neglected in the video game world. Even though (or, perhaps, because) I'm not all that well-acquainted with that world, I find Sarkeesian's work here to be extremely illuminating, and I eagerly await the future episodes of her series. For now, included below are the first three entries, which tackle the various incarnations of the "damsel in distress" trope.

· Finally, I would be remiss if I didn't mention the newly launched feminist film journal cléo, which recently posted its second issue. Each issue of this quarterly online publication is focused on a specific theme, the first two featuring articles inspired by the subjects of "flesh" and "home." So far, cléo has been showcasing some terrific talent in recent film criticism via pieces on films as varied as Zero Dark Thirty, Vagabond, Holy Motors, Wuthering Heights, and Oblivion - and these are still early days for this fantastic new haven for smart and creative feminist film criticism. 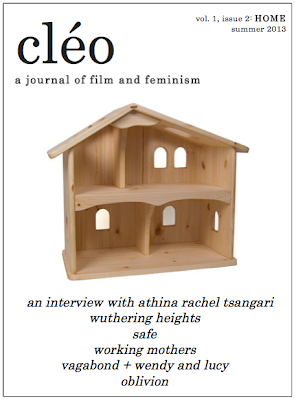