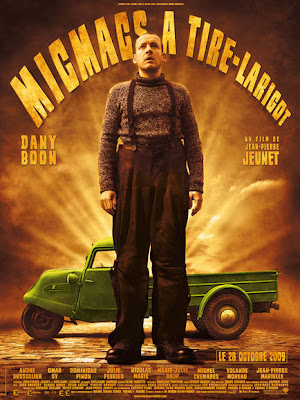 Bliss! Since 2004's A Very Long Engagement (which I found to be a fantastic, beautifully layered and stylized romantic mystery in the vein of Carlos Ruiz Zafón's novels), French filmmaker Jean-Pierre Jeunet (best known for Amélie) has been on something of a hiatus - but no more! I've been hearing a fair bit about Micmacs à tire-larigot, his upcoming war comedy, for some time now, but the first actual glimpses of the film have been released onto the web. And not only are we getting a short teaser - we're getting eight! Each one is dedicated to a specific character and provides a tantalizing glimpse of what looks like yet another unique delight from Monsieur Jeunet. Many are already drawing comparisons between Delicatessen and Amélie - which seem warranted and, given the high quality of those two films, certainly worth hoping for!

The teasers can all be found over at Twitch. Here's hoping this one gets a North American release date sooner than later! Now if you'll excuse me, I need to go rewatch all of the Jeunet films in my possession - erm, maybe with the exception of Alien: Ressurection.

July 1st marks the birth of our country here in Canada, and we're celebrating with a well-deserved holiday! For this day, I thought I'd get into the spirit by sharing some Canadian cinema-related material. 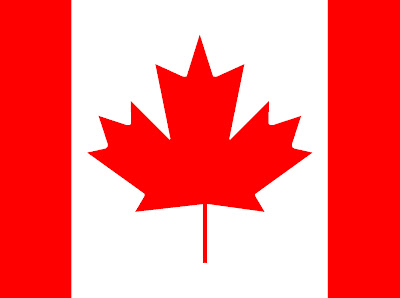 Now, any Canadian film fan who's worth their salt will know that one of the most celebrated Canadian films ever made is Claude Jutra's Mon Oncle Antoine (1971), which is about a Quebec boy's coming of age experiences in his asbestos mining town during Christmas. I recently re-watched Claude Jutra: An Unfinished Story, a fascinating documentary about the filmmaker included on the film's Criterion DVD that explores his childhood, early love for cinema (which he pursued to the point of bluffing his way with a bunch of friends into a hotel room for an impromptu interview with Federico Fellini and Giulieta Masina), steady rise in his career, later troubles with finding support for his projects (forcing him to go to English Canada to find work) and his struggle with Alzheimer's disease that led to his suicide in 1986. It's especially admirable for the way it provides a ton of information about its subject while also containing a great deal of emotional resonance.

It's too bad that more of Jutra's films aren't available on Region 1 DVD, but at least we have Mon Oncle Antoine, which is surely a Canadian classic. Attached below is the trailer for the film as well as A Chairy Tale, a stop-motion short co-directed by Jutra and Canadian animation wizard Norman McLaren and starring Jutra himself.

Posted by Marc Saint-Cyr at 8:29 AM No comments: